By Car: From the south / west / east: Take the E15 towards Boulevard and take the exit for N6. A Charenton-le-Pont, turn... 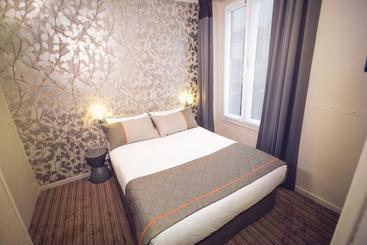 We are returning the 5 %
from 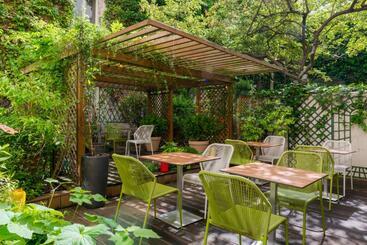 This hotel is centrally located on a quiet side street in Paris' 17th arrondissement close to the Arc de Triomphe, the beautiful...

We are returning the 5 %
from 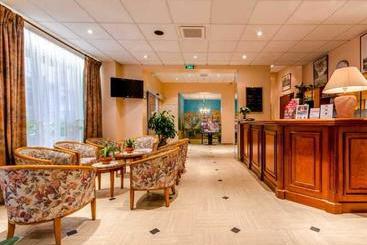 The Belta hotel is located in a quiet street at the edge of the Saint Martin canal, near Gare De L'Est, near the "Place de... 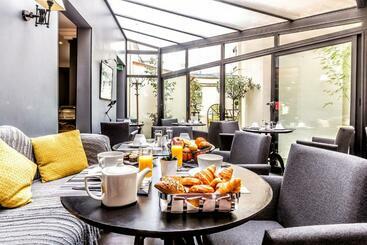 Location: south of Paris, 1.6 Km. from the Porte d'Orleans. Easily accessible by public transport to the Porte de Versailles...

This comfortable hotel is located on a quiet side street in Paris' 9th arrondissement, close to the Galeries... 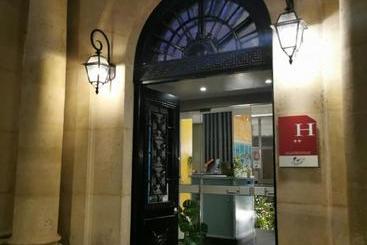 Paris, 'the outdoor museum' that is never disappointing, a city of undisputed beauty. Paris is full of life and is called the city of light because it was the first city to light up its emblematic buildings and the streets, causing world-wide admiration. Although important monuments from the Middle Ages still stand, it was from the Renaissance period that the grandness of Paris truly awoke and continued until the 19th century, when it became a city filled with wide boulevards, avenues and beautiful buildings. The city of Paris is a majestic combination of history and elegance.

Visitors are advised to explore the most emblematic places in Paris, and there is no better place to start than Charles de Gaulle square and the monumental Arch of Triumph, a tribute to Napoleon and his all-conquering army, which is 45 m wide, 50 m high and neatly decorated with allegorical reliefs. Paris's most celebrated avenue, the Champs Élysées, starts out from this point and takes you all the way down to the Luxor obelisk located in Place de la Concorde. From here, visitors can go to the Louvre Museum, one of world's oldest and most majestic buildings, which houses many masterpieces such as the Mona Lisa. After crossing Pont Neuf, the city's oldest and largest bridge, you come to Ile de la Cité with the impressive Conciergerie or Royal Palace, which has a long history of serving as a prison and houses the Holy Chapel, a gem of Gothic architecture; as Gothic gems go, dont miss out on the Cathedral (Notre Dame), built in 1163 and an unmistakable symbol of the city. After crossing the bridge, you come to the Latin Quarter, which houses the Sorbonne and the Cemetery. In the other direction, basically in front of the Louvre, is the marvellous Museum d'Orsay, formerly a railway station and hotel. Near it is the National Hotel of Invalides, a true work of art depicting all the best of classic Parisian architecture. It was originaly built as a home for war veterans but now houses the Dome of the Invalids, where Napoleon's remains have been laid to rest. Last, but not least, we come to the colossal Eiffel Tower, where visitors can enjoy some majestic views of Paris and admire this 320m-high monument which was built as a temporary element for the universal exhibition of 1889.

There are many astonishing and breathtaking monuments in Paris and it is impossible to leave without visiting the Montmartre, to the north of the city, and taking a stroll in its enchanting avenues, with the final visit being to the Church of the Sacre-Coeur, a temple built in 1871 in the Roman-Byzantine style.
See more See less

It depends on the category of the hotel. If you want to stay at a 4-star hotel in Paris, the average price per night is €58, while you will pay an average of €40 for a 3-star hotel, and in a more luxurious 5-star hotel, you"ll pay around €166.

You can make reservations at Four Seasons Hotel George V Paris, Hotel Le Bristol Paris An Oetker Collection and Hôtel Plaza Athénée Dorchester Collection if you"re looking for a hotel with valet service for your visit to Paris.

If you want an adult-only hotel in Paris, some of the best options for adults only are Hotel Duette Paris, Hôtel Gaston and Hôtel International Paris.

According to our clients, if you´re travelling with children, the best hotels in Paris are Four Seasons Hotel George V Paris, Hotel La Maison Favart and Hotel Korner Opera.

If you want to save time, the hotels in Paris with express check-in and check-out are Hotel Korner Opera, Hotel Le Bristol Paris An Oetker Collection and Hotel Le Basile.

Some of the options for hotels with non-smoking rooms in Paris are Hotel Archetype Etoile, Hotel Korner Opera and Hotel La Maison Favart.