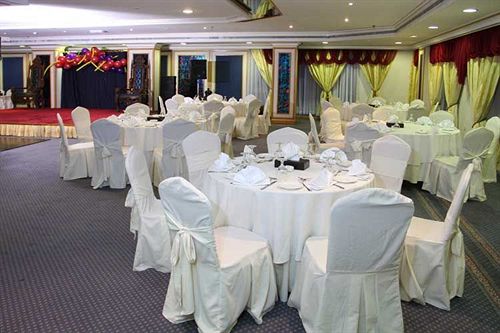 With a stay at Phoenicia Hotel, you'll be centrally located in Manama, convenient to Bahrain National Museum and Al Muharraq Stadium. This 4-star hotel is within close proximity of Bahrain National Theater and Al Fateh Mosque. Enjoy recreational amenities such as a nightclub and an indoor pool. Additional amenities include complimentary wireless Internet access, a fireplace in the lobby, and a television in the lobby. Getting to nearby attractions is a breeze with the area shuttle (surcharge). Featured amenities include complimentary high-speed (wired) Internet access, a 24-hour business center, and limo/town car service. A roundtrip airport shuttle is complimentary (available 24 hours). Make yourself at home in one of the 112 air-conditioned rooms featuring flat-screen televisions. Your memory foam bed comes with down comforters. Complimentary wired and wireless Internet access keeps you connected, and satellite programming provides entertainment. Private bathrooms with separate bathtubs and showers feature rainfall showerheads and complimentary toiletries.