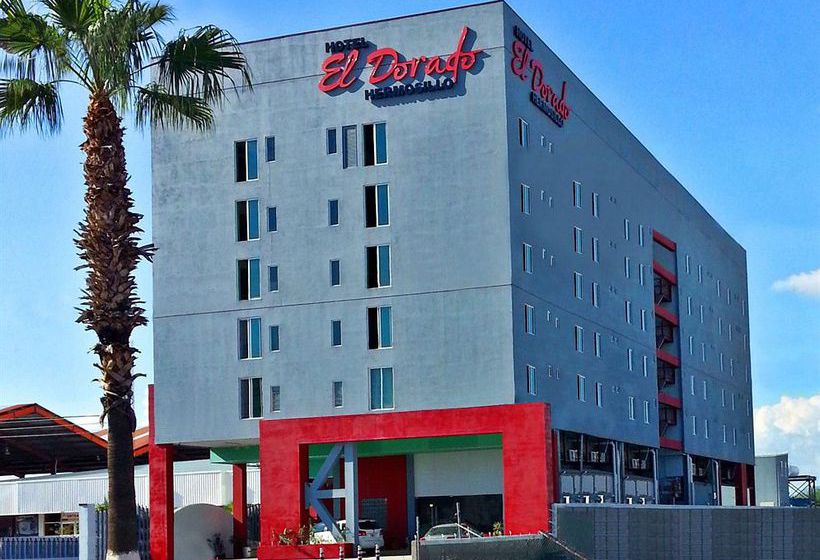 With a stay at Hotel El Dorado Hermosillo in Hermosillo, you'll be close to Metropolitan Cathedral of Hermosillo and Plaza Zaragoza. This hotel is within close proximity of Government Palace and Museum of Popular and Indigenous Cultures of Sonora. Enjoy recreation amenities such as an outdoor pool or take in the view from a terrace. Additional features include complimentary wireless Internet access, concierge services, and a television in the lobby. Featured amenities include a computer station, dry cleaning/laundry services, and a 24-hour front desk. A shuttle from the hotel to the airport is complimentary at scheduled times. Make yourself at home in one of the 80 air-conditioned rooms featuring LED televisions. Complimentary wireless Internet access keeps you connected, and cable programming is available for your entertainment. Private bathrooms with showers feature complimentary toiletries and hair dryers. Conveniences include phones, as well as safes and desks.