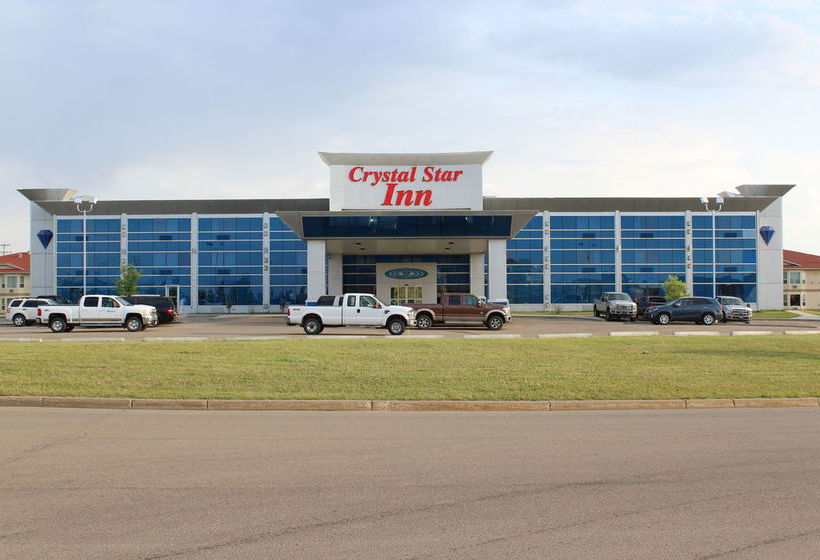 Located in Leduc (Leduc - Edmonton International Airport), Crystal Star Inn is close to Castrol Raceway and Doctor Woods House Museum. This hotel is within close proximity of Stone Barn Garden and Fred John's Park. Take advantage of recreation opportunities such as a fitness center, or other amenities including complimentary wireless Internet access and a fireplace in the lobby. Additional features include a television in the lobby and a picnic area. Featured amenities include complimentary high-speed (wired) Internet access, limo/town car service, and complimentary newspapers in the lobby. A roundtrip airport shuttle is provided at no charge. Make yourself at home in one of the 60 air-conditioned rooms featuring fireplaces and plasma televisions. Wired and wireless Internet access is complimentary, while DVD players and cable programming provide entertainment. Private bathrooms with shower/tub combinations feature deep soaking bathtubs and complimentary toiletries. Conveniences include desks and complimentary newspapers, and housekeeping is provided daily.