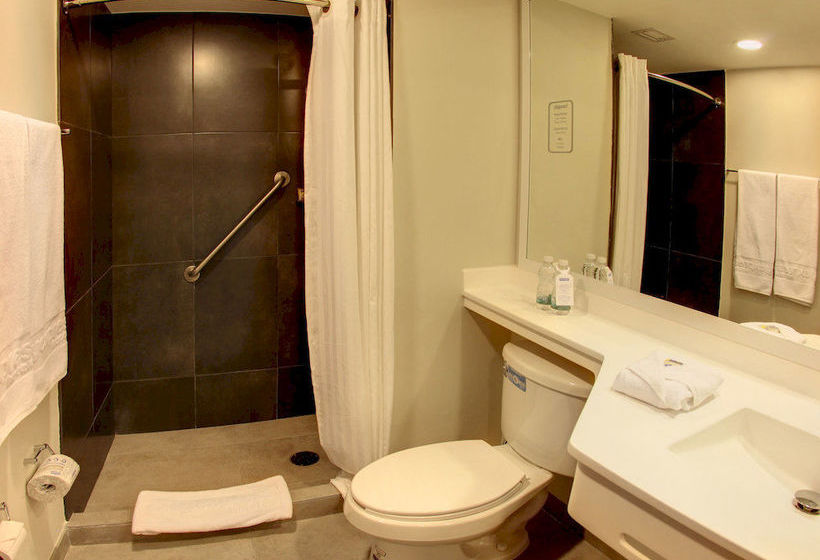 When you stay at City Express La Paz in La Paz, you'll be on the boardwalk and convenient to Esperanza Rodriguez Cultural Center and Malecon Kiosk. This hotel is within close proximity of Biblioteca de la Historia de las Californias and Constitution Square. Take advantage of recreation opportunities including an outdoor pool and a fitness center. Guests can catch a ride on the complimentary shuttle, which operates within 10 km. Featured amenities include complimentary high-speed (wired) Internet access, a 24-hour business center, and express check-out. Make yourself at home in one of the 124 air-conditioned rooms featuring LED televisions. Complimentary wired and wireless Internet access keeps you connected, and cable programming provides entertainment. Bathrooms have showers and hair dryers. Conveniences include phones and desks, and housekeeping is provided daily.