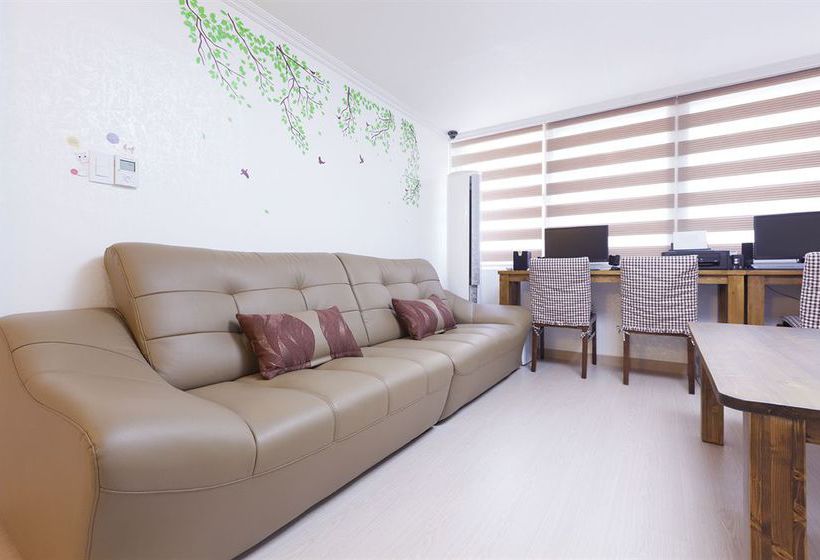 A stay at Wow Hills Guest House places you in the heart of Seoul, walking distance from Hongik University and Trickeye Museum. This guesthouse is within close proximity of Sanwoolim Theater and Hongdae Music Show Theatre. Take in the views from a rooftop terrace and make use of amenities such as complimentary wireless Internet access and a television in the lobby. Additional features include tour/ticket assistance and barbecue grills. Featured amenities include complimentary high-speed (wired) Internet access, a computer station, and express check-in. For a surcharge, guests may use a roundtrip airport shuttle at scheduled times and a train station pick-up service. Make yourself at home in one of the individually decorated guestrooms, featuring kitchenettes with refrigerators and stovetops. Your room comes with a pillowtop bed. Computers with complimentary wired and wireless Internet are provided to keep you connected, along with LED televisions for entertainment. Conveniences include desks and separate sitting areas, and housekeeping is provided daily.