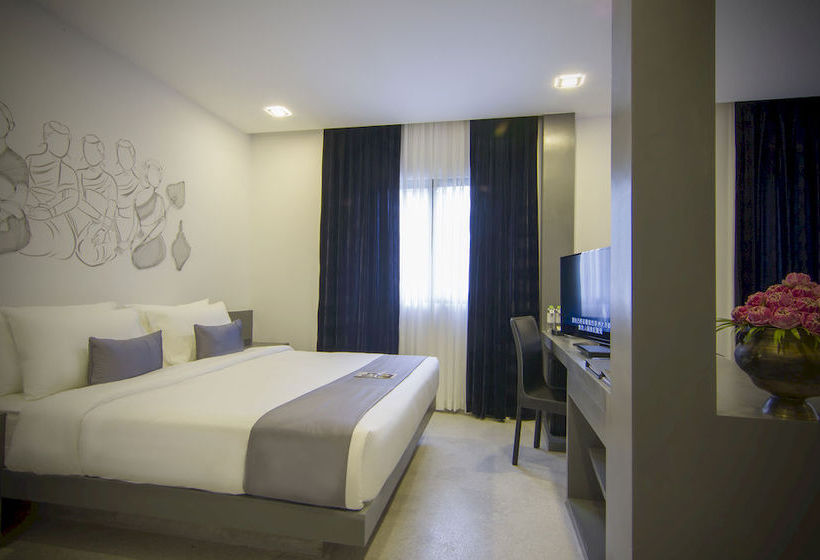 With a stay at TEAV Boutique Hotel & Spa (Bassac) in Phnom Penh, you'll be minutes from Preah Sihanouk Garden and close to Royal Palace. This 4-star hotel is within close proximity of Independence Monument and AEON Mall. Relax and unwind with massages, body treatments, and facials. Additional features at this Art Deco hotel include complimentary wireless Internet access, concierge services, and a hair salon. Featured amenities include a 24-hour business center, a computer station, and complimentary newspapers in the lobby. Planning an event in Phnom Penh? This hotel has 8 square feet (1 square meters) of space consisting of conference space, meeting rooms, and a meeting room. A shuttle from the airport to the hotel is provided for a surcharge (available 24 hours), and free self parking is available onsite. Make yourself at home in one of the 19 air-conditioned rooms featuring refrigerators and DVD players. Wired and wireless Internet access is complimentary, while 34-inch LCD televisions with cable programming provide entertainment. Private bathrooms have rainfall showerheads and complimentary toiletries. Conveniences include phones, as well as desks and complimentary newspapers.