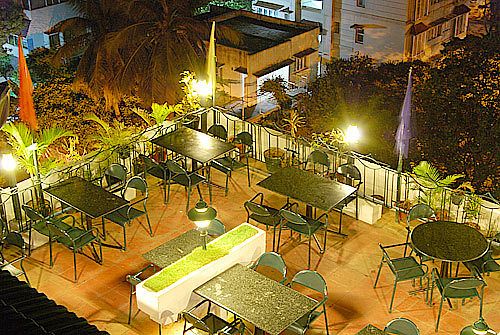 With a stay at Raj Palace in Chennai (T Nagar - Nungambakkam - Mylapore), you'll be convenient to Ramee Mall and Valluvar Kottam. This hotel is within close proximity of SDAT Tennis Stadium and U. S. Consulate. Take in the views from a rooftop terrace and a terrace and make use of amenities such as complimentary wireless Internet access. Additional features include a television in the lobby and tour/ticket assistance. Featured amenities include complimentary high-speed (wired) Internet access, limo/town car service, and a computer station. Event facilities at this hotel consist of a conference center and a meeting room. A roundtrip airport shuttle is provided for a surcharge (available on request). Make yourself at home in one of the 37 air-conditioned rooms featuring LED televisions. Complimentary wired and wireless Internet access keeps you connected, and cable programming provides entertainment. Private bathrooms with showers feature rainfall showerheads and complimentary toiletries. Conveniences include phones, as well as desks and complimentary newspapers.