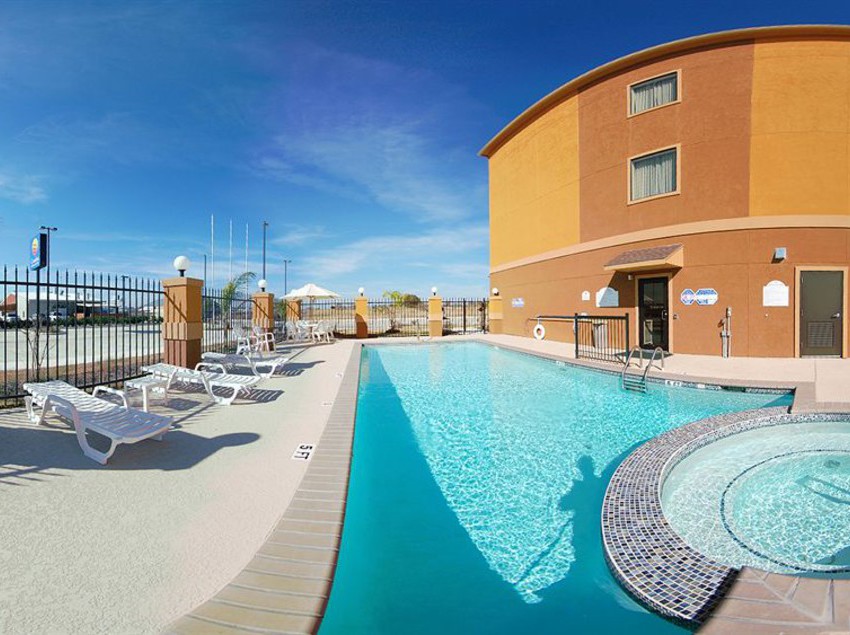 When you stay at Comfort Inn & Suites Navasota in Navasota, you'll be near the airport and within the vicinity of Texas World Speedway. This hotel is within the region of Hillside Park and Navasota Blues Alley. Enjoy recreational amenities such as a fitness center and a seasonal outdoor pool. Additional amenities include complimentary wireless Internet access, a television in the lobby, and a picnic area. Featured amenities include complimentary high-speed (wired) Internet access, a 24-hour business center, and express check-in. Planning an event in Navasota? This hotel has facilities measuring 650 square feet (60 square meters), including a meeting room. Free self parking is available onsite. Make yourself at home in one of the 54 air-conditioned rooms featuring refrigerators and microwaves. Wired and wireless Internet access is complimentary, while 32-inch LCD televisions with satellite programming provide entertainment. Private bathrooms with bathtubs or showers feature complimentary toiletries and hair dryers. Conveniences include desks and complimentary newspapers, as well as phones with free local calls.