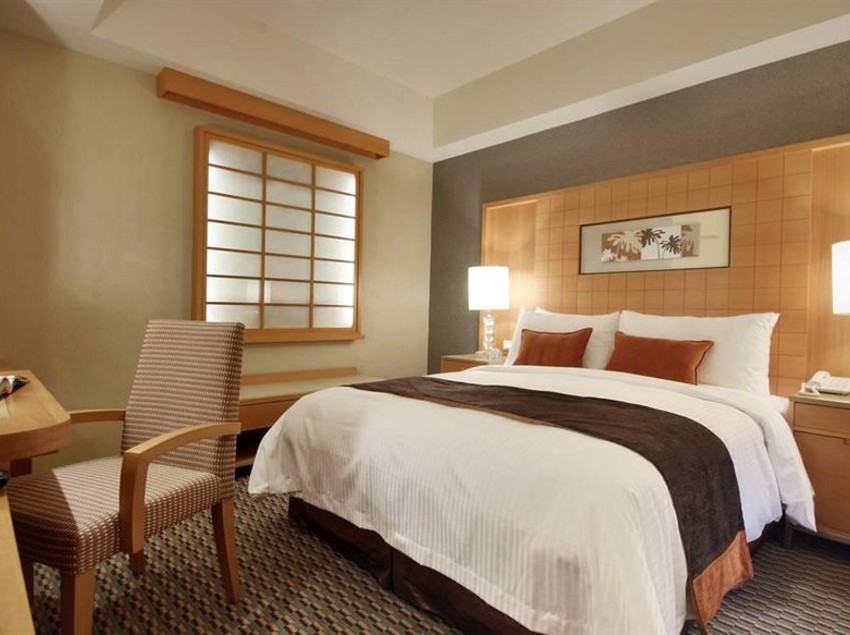 Tokyo International Hotel is in the heart of Taipei, walking distance from Lin-Sen Park and Taipei Film House. This hotel is close to Chiang Kai-shek Memorial Hall and Taipei 101. Take advantage of recreation opportunities such as a fitness center, or other amenities including complimentary wireless Internet access and concierge services. Additional amenities include a television in the lobby and tour/ticket assistance. Featured amenities include complimentary high-speed (wired) Internet access, a business center, and a computer station. Planning an event in Taipei? This hotel has 172 square feet (16 square meters) of space consisting of a conference center and a meeting room. A roundtrip airport shuttle is provided for a surcharge (available on request). Make yourself at home in one of the 44 air-conditioned rooms featuring refrigerators and LCD televisions. Wired and wireless Internet access is complimentary, while DVD players and digital programming provide entertainment. Private bathrooms have deep soaking bathtubs and complimentary toiletries. Conveniences include phones, as well as laptop-compatible safes and desks.