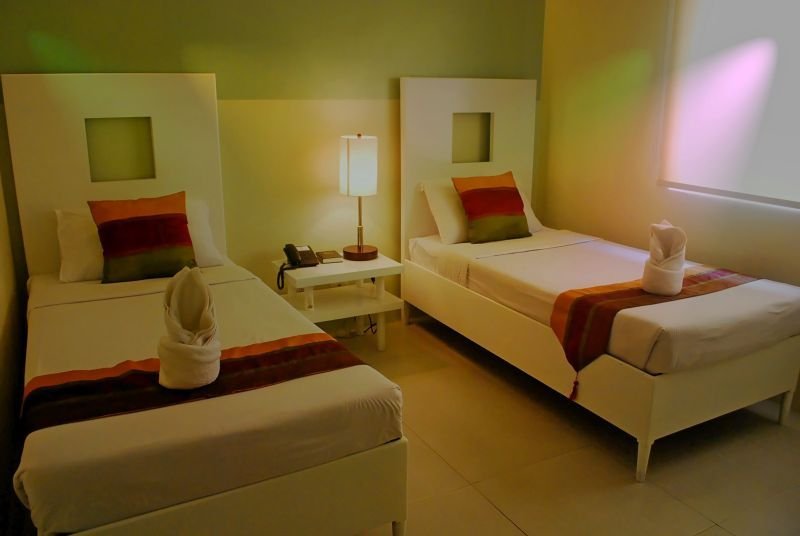 In the heart of Puerto Princesa, Empire Suites Hotel is close to Mendoza Park and Palawan Special Battalion WW2 Memorial Museum. This hotel is within close proximity of Hartman Beach and Robinsons Place Palawan. Pamper yourself with onsite massages or make use of the other amenities, which include complimentary wireless Internet access and a hair salon. Featured amenities include a computer station, complimentary newspapers in the lobby, and dry cleaning/laundry services. A roundtrip airport shuttle is complimentary (available on request). Make yourself at home in one of the 38 air-conditioned guestrooms. Complimentary wireless Internet access keeps you connected, and cable programming is available for your entertainment. Private bathrooms with showers feature complimentary toiletries and bidets. Conveniences include phones, as well as safes and in-room massages.