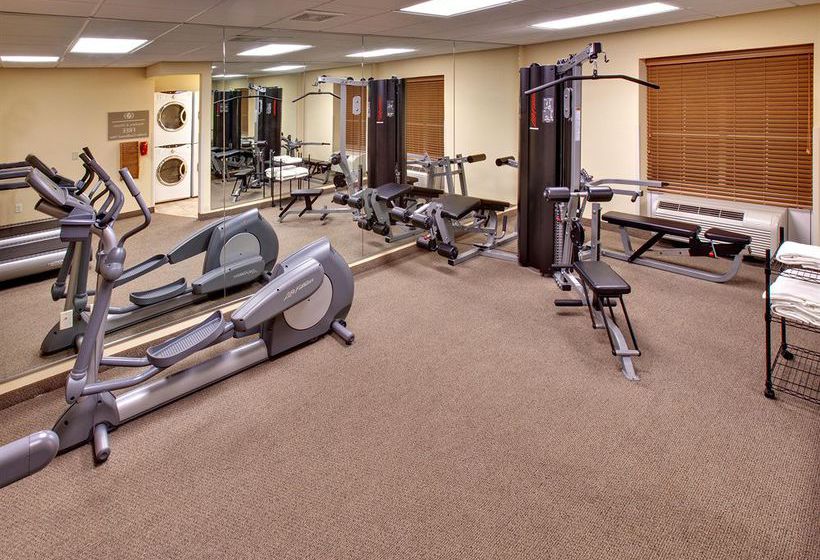 With a stay at Candlewood Suites Omaha Airport in Omaha (East Omaha), you'll be close to Freedom Park Navy Museum and Creighton University. This aparthotel is within close proximity of Bob Kerrey Pedestrian Bridge and TD Ameritrade Park Omaha. Take advantage of recreation opportunities such as a fitness center, or other amenities including complimentary wireless Internet access and a picnic area. Featured amenities include complimentary high-speed (wired) Internet access, a business center, and dry cleaning/laundry services. Planning an event in Omaha? This aparthotel has facilities measuring 650 square feet (59 square meters), including a meeting room. A roundtrip airport shuttle is complimentary (available on request). Make yourself at home in one of the 82 air-conditioned rooms featuring kitchenettes with full-sized refrigerators/freezers and stovetops. Wired and wireless Internet access is complimentary, while DVD players and satellite programming provide entertainment. Conveniences include desks and separate sitting areas, as well as phones with free local calls.