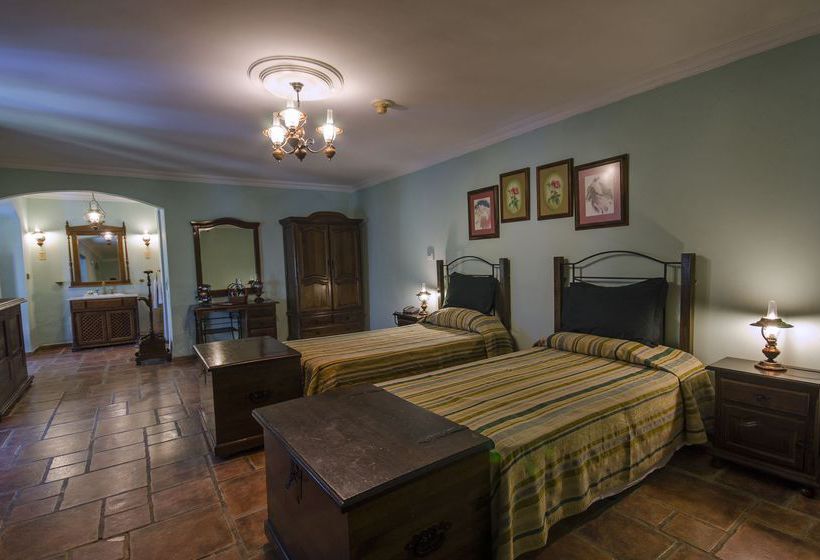 This elegant mansion dating back to the 18th century opens its doors to guests as a comfortable hotel. The subtle combination of the modern with the historical architectural elements is a feature of the original design. This stately home was built by the parents of Gabriel Beltrán de Santa Cruz, the first Count of San Juan de Jaruco. The hotel has hosted some of Havanas most famous visitors, among them the eminent German scientist Alexander von Humboldt and three French princes: the Count of Beaujolais and the Dukes of Montpensier and Orléans. The latter would eventually be crowned King Louis Philippe I of France. Renovated in 2002, the hotel features a garden and comprises a total of 11 rooms, including 1 junior suite, spread across two floors. Facilities on offer include a lobby area with a reception desk manned around the clock, a hotel safe, a currency exchange facility, a cloakroom and lift access. In addition, the hotel features a bar, a breakfast room, public Internet access (charges apply), room and laundry services (charges apply) and a kids' club.