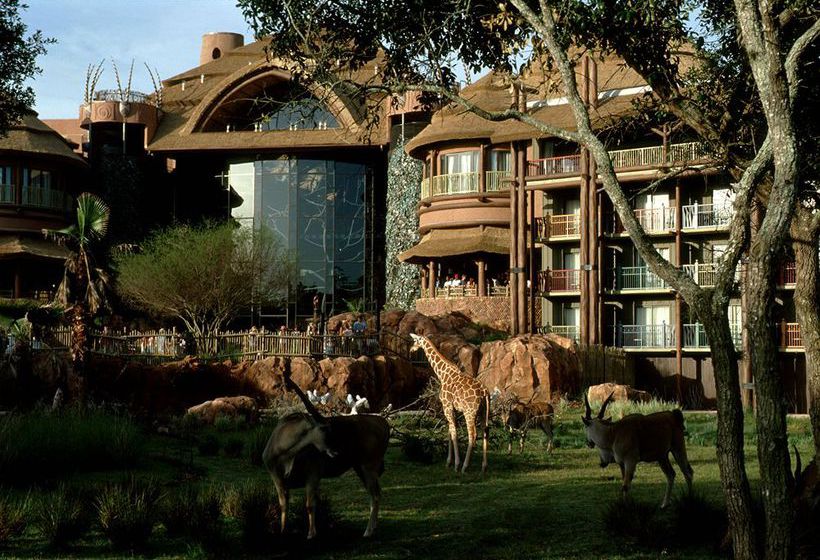 With a stay at Disney's Animal Kingdom Lodge in Lake Buena Vista, you'll be close to Disney's Animal Kingdom® Theme Park and Disney's Hollywood Studios®. This 4-star resort is within close proximity of Disney's Winter Summerland Miniature Golf Course and Disney's Blizzard Beach Water Park. Make use of convenient amenities such as complimentary wireless Internet access, concierge services, and babysitting/childcare (surcharge). This resort also features supervised childcare/activities, babysitting/childcare, and an arcade/game room. Spending a day of fun is easy with the complimentary theme park shuttle. Featured amenities include express check-in, express check-out, and complimentary newspapers in the lobby. A roundtrip airport shuttle is complimentary (available 24 hours). Make yourself at home in one of the 1293 air-conditioned rooms featuring refrigerators and iPod docking stations. Rooms have private balconies. Complimentary wireless Internet access keeps you connected, and satellite programming is available for your entertainment. Private bathrooms with shower/tub combinations feature complimentary toiletries and hair dryers.